It was sometime in the late nineties, I don’t remember the exact year. But the day was a cheerful one, lazy even. On the sandlot, a group of my neighbors sat, as always, drinking beer. Suddenly there was a rush of activity. In front of the tenement parked a delivery car. A few men carried tables from it, covering them with tablecloths and setting them with glasses and plates of food. Elegantly dressed waiters showed up, with white napkins flung over their hands. They filled the glasses and encouraged the residents of the tenement to taste the dishes.

This caused some consternation, as no one knew quite what was going on and the residents timidly gazed at the whole spectacle. The City Guard, who typically failed to interrupt the men who drank liquor near the gates each day, finally arrived to intervene. The waiters explained: they were acting on instructions from America. Such were the wishes of the deceased.

Only after some years had passed did I learn that this feast had been a funeral banquet for  Hipolit Wawelberg, the grandson of the similarly named founder of our settlement. Today, this community is neglected and forgotten, but at the turn of the twentieth century it was the very heart of the Wola district. Around it rose the center of the neighborhood. Here, honorable yet impoverished people not only found a roof over their heads, but became the beneficiaries of a rich social aid program. Hipolit had died in Wiesbaden in 1901, but as per his wishes he was buried in Warsaw. His son Wacław Wawelberg made the same decision and his ashes were brought from Sao Paulo to Warsaw. Wacław’s son, Hipolit, ended up in Brazil. However, in coming to Warsaw he remarked that he had returned home. And so I began to wonder, who was this man and what had he bestowed on his children and grandchildren that, living in Brazil, they still had such a love for Poland? 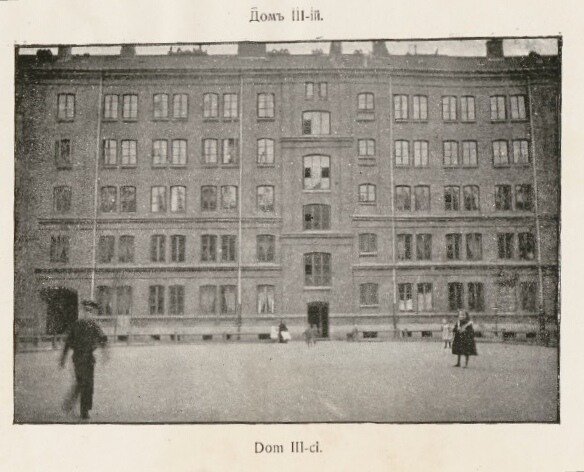 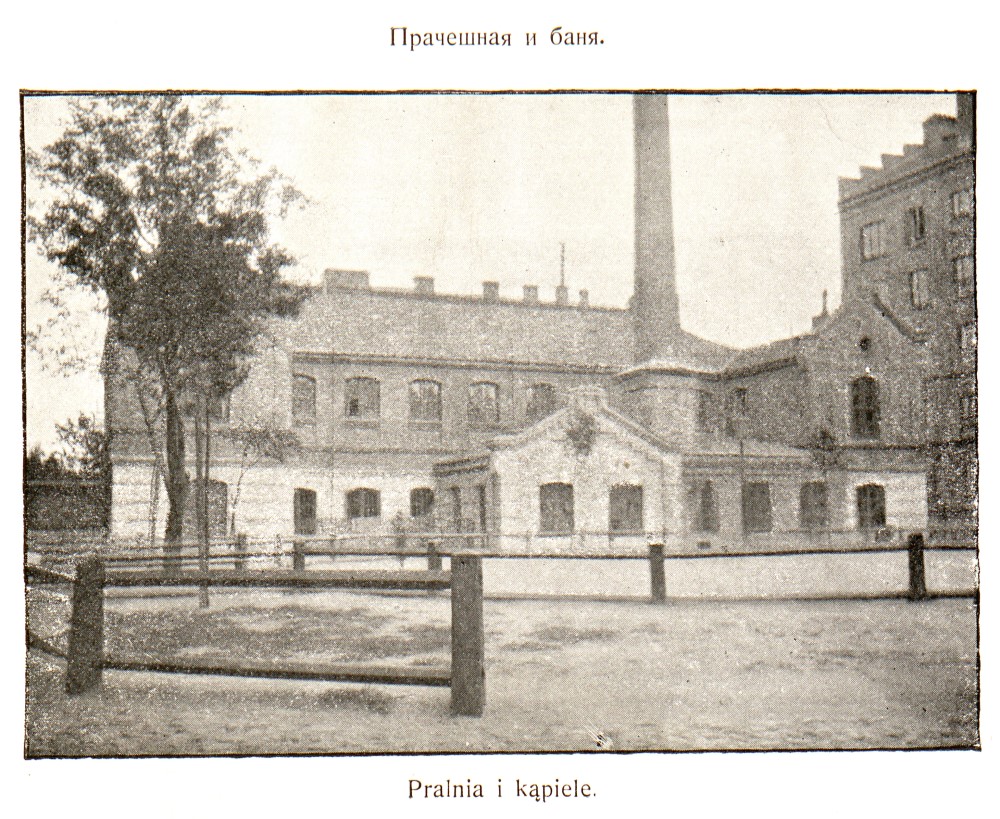 Hipolit Wawelberg was born in Warsaw in 1844 to a Jewish family. His father Henryk is a fine example of the Polish self-made man; he had moved up the ranks from an impoverished iron worker to a financier with a sizable fortune. Hipolit wanted to become an engineer and graduated from the III Mathematics Gymnasium (located in the Kazimierz Palace). However, the January Uprising occurred during his studies and the young man openly participated. After the failure of the Uprising, Henryk sought to ensure his son’s safety by sending him to study finance in Berlin. Hipolit undertook internships in banks located in London, Berlin, and Paris. There, he established contacts that would pay off in the future. Following his studies, Hipolit took a job in his father’s bank leading the branch of the Wawelberg Banking House located in Saint Petersburg. The bank became one of the largest banks in Russia and indeed quickly overtook the Warsaw branch many times over. Hipolit himself became one of the richest citizens of Congress Poland. Purchasing an estate in Tsarskoye Selo, he become a neighbor of the Tsar himself.

Wawelberg could have calmly given himself up to swimming in the pleasure of his own riches. Instead, he devoted himself to other things, becoming one of the greatest philanthropists in Poland during the second half of the nineteenth century. While living in Petersburg, he began to set up numerous charitable institutions in Russia and Congress Poland. Wawelberg funded stipends for Polish engineering students studying in Russian universities, and gave money to establish numerous student cantines, hospitals, preschools, retirement homes, and children’s summer camps. He also financed the first  children’s sanatorium in Ciechocinek. In 1875, he became on of the principal visionaries and sponsors of the Museum of Agriculture and Industry, an unusual institution around which many of the leading citizens of Warsaw assembled. The Museum of Handicrafts and Applied Arts, which Wawelberg helped create in 1893, also became a center for educating craftsmen. Along with these, a publishing house was created, which printed handbooks and works on various scientific occupations. Wawelberg knew that the Poles had to fortify their hearts, so he also commissioned printed copies of the works of Adam Mickiewicz and sold them at half price. These collections would later include the works of Henryk Sienkiewicz, Bolesław Prus, and Eliza Orzeszkowa as well.

For Hipolit, the issue of education was tremendously important. In 1895 alone he opened two schools: the School of Agriculture in Częstochowa and his greatest work, the Mechanical-Technical School in Warsaw. The institution carried the names of its two benefactors: Hipolit Wawelberg and Stanisław Rotwand, who was Hipolit’s brother-in-law, business colleague (he managed the Polish part of the bank), and the instigator of many ideas in Poland. The school hired many influential professors and included a number of workshops and laboratories, as  Wawelberg believed that theory alone was inadequate. The school effectively became one of the first technical schools in Europe.  It also forged even more patriots by offering classes led in Polish (thanks to a clever subterfuge that registered the school under the authority of the Ministry of Industry). After the death of Hipolit, the Wawelberg and Rotwand families supported the school until the re-establishment of an independent Polish state. In 1919, the school was transferred to public administration and in 1951 became a part of the Warsaw University of Technology. On its foundation, many important departments were created, and many leading engineers, pilots, soldiers, and diplomats wrote in their memoirs of having been graduate of the Wawelberg school. During the time of the Nazi German occupation, many of the characters featured in Aleksander Kamiński’s book Stones on the Rampart (Kamienie na szaniec) studied there, including Tadeusz Zawadzki (“Zośka”), Jan Bytnar (“Rudy”), and other heroes of the Polish Home Army. Even today in the cemetery where Hipolit is buried, you can find many older men cleaning the leaves off of his grave. With pride, they will announce that they are “Wawelbergczyks”.

The final work of Hipolit Wawelberg was the construction of our settlement. The cornerstone was laid on May 7, 1898, interestingly, the same day as the commencement of building the memorial to Adam Mickiewicz in Warsaw. This was not merely a coincidence. The organizers depended on the participation of Hipolit, who bequeathed a great deal of money to this goal and enlisted the Tsar’s approval of the monument on Krakowskie Przedmieście Street. Hipolit gave away 30 thousand rubles in bribes to the tsarist bureaucrats to ease the accomplishment of the project. The Kolonia Wawelberg, as we now call the settlement that had been funded by the Hipolit and Ludwika Society for Cheap Apartments, consists of three large tenement buildings made from red brick. 335 apartments, both one- and two-room, were originally located in the settlement. The architect Edward Goldberg took care of every detail, in order to ensure the comfort of the residents. Proper distances between the buildings and large windows provided appropriate amounts of natural light. The buildings were also equipped with a sewer system, running water, garbage chutes, and gas-powered and later electric lighting. At the time it represented the height of luxury. On the territory of the Kolonia there were also a school, preschool, a bathhouse, a laundry, and a medical clinic offering vaccinations and home doctors’ visits. The buildings are unique,  not only for the innovation of the project, but also for the reasons for which their foundations were raised. Hipolit Wawelberg believed that living “under one roof” would eliminate ethnic and religious strife and blur social differences. He offered the residents more than just cheap lodging. Wawelberg included a coherent social program. The  Kolonia became a prototype for modern apartment settlements, and an intellectual model and pattern for the creators of the Society for Worker Settlements in Koło and the Żoliborz Cooperative Apartments. 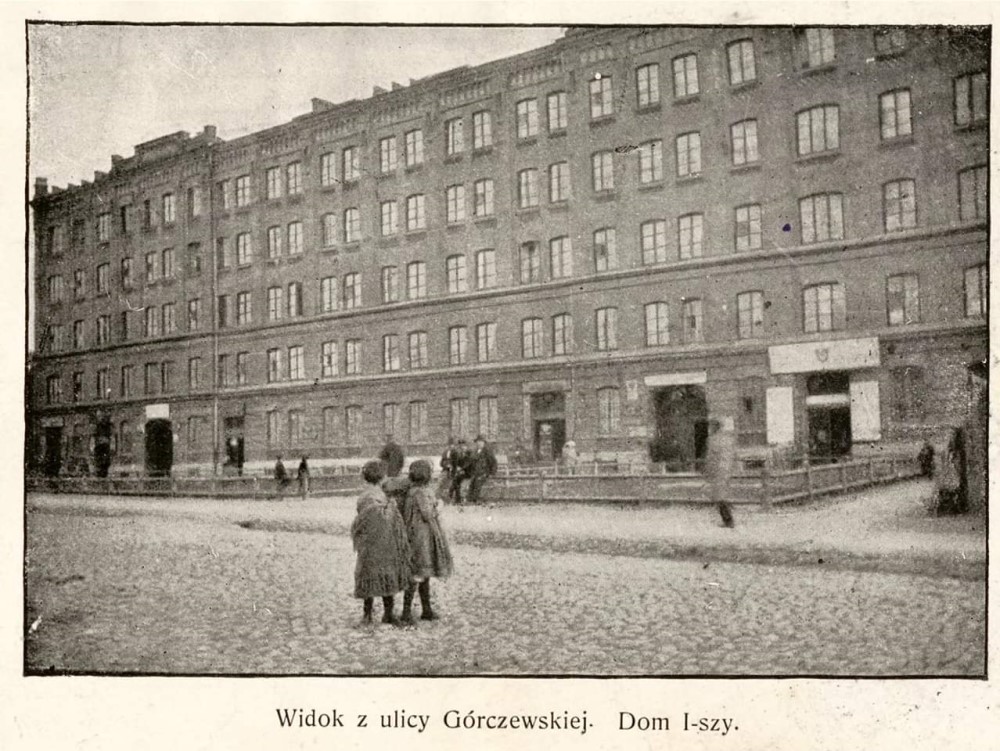 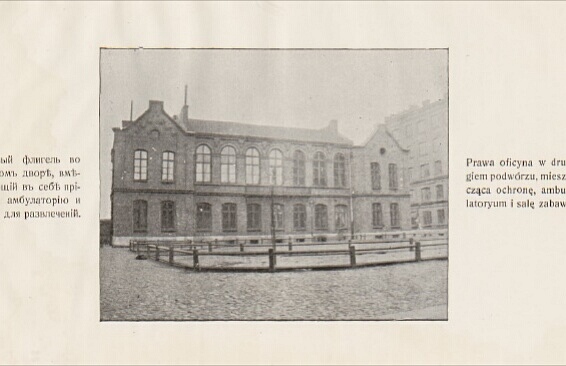 Nearly all of the residents of the settlement were killed in the first days of the Warsaw Uprising. The Germans brutally murdered civilians and set fire to house after house in what has become known as the Wola Massacre. After the war, no one was left to tell the history of this place and the new communist authorities thoroughly eliminated the figure of Hipolit Wawelberg from common knowledge. Today is the best time to tell his story and about what he did for Warsaw and Poland. Maybe after so many years, his work will finally be understood and appreciated.